We live in a 3D world. Everything around us has the breadth and depth of three-dimensional objects. Our artwork? Not so much. Drawings and paintings are done on a two-dimensional surface, but in order to make them realistic, we must make them appear as three-dimensional. Thankfully, there is one way we can accomplish this: linear perspective.

What is linear perspective? 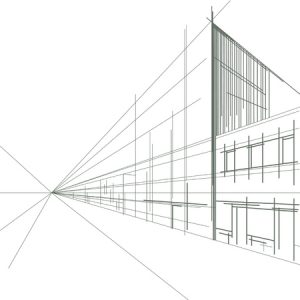 Linear perspective is a drawing technique that gives the illusion of depth. In other words, it tricks the eye into believing that the picture in front of it is actually 3D, not 2D. Objects that are farther away from us appear smaller, so we draw them smaller to create that illusion of space and distance. As those objects meet the horizon line, they disappear into one (or more) points called the vanishing point.

Linear perspective is the building block of artwork, but it can be confusing for someone who has never been introduced to the concept before. At Creative Ventures Gallery, our beginner drawing classes can teach you the basics of linear perspective and more so that you can reach new creative heights. Give us a call today at 603-672-2500 to learn more.