YES. Adults can learn to draw. That’s the short answer, of course, but the longer answer is a bit more complicated. Yes, adults can learn to draw, but they have to deal with a lot of obstacles in order to do so—obstacles that are often of their own creation. The fact of the matter is that we have many beliefs that make us think that there’s an age limit on picking up a new skill, but this is simply not the case. You can learn to draw just like anyone else, but first you have to put aside these myths making you believe the opposite. 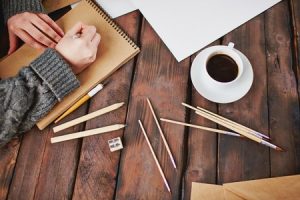 There is some truth to this. In general, kids learn faster than adults, but just because they learn faster doesn’t mean they learn better. Adults, unlike kids, have discipline, patience, and resources in order to stay committed their goals. This gives them a very big advantage when learning a new skill. Yes, it may take you a bit longer than the kid next door, but you have the qualities to keep at it and become just as good as them in time.

You can learn a skill just as anyone, but many people get caught up in this idea of “talent” so much that they give up before they’ve even begun. Don’t. When people refer to “talent,” they mean certain people have an innate ability at a specific skill; it was something that they were born to do. While some people may pick up things quicker than others, how much “talent” you have is not a determinant in the quality of your work. No one is born drawing just like Leonardo da Vinci; they have to learn the basics of a skill just as you, and what will really determine the quality of your work is how much effort you put into it.

Put aside your insecurity

Another thing that sets adults apart from kids is that adults often care much more about what other people think than kids do. We’re constantly comparing our work to that of others, and we’re always afraid that someone is going to criticize our artwork. However, this will happen no matter what level of an artist you art. So, put aside your insecurities, ignore that negative voice in your head, and keep drawing. Your work will get better in time.

Anyone at any age can learn to draw, but even we admit that picking up a new skill can be a daunting task. Sometimes it’s comforting to have a helping hand throughout the process, so consider signing up for beginner’s drawing class to get you started. At Creative Ventures Gallery, our beginner’s drawing class is specifically geared towards adults to help them acquire a love of art. Sign up today or contact us for more information.